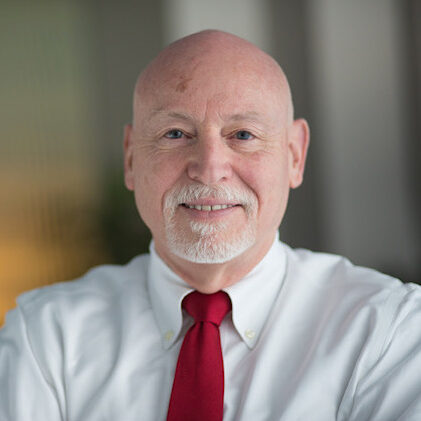 My laboratory is interested in understanding the immunobiology of host-parasite interactions with emphasis on the ability of certain parasites to selectively modulate host immunity through influencing the nature and regulation of the adaptive immune response. These parasite-induced changes in immunity contribute significantly to their ability to establish long-term chronic infections that in turn promotes pathology and continued transmission. In these studies we focus on the innate and adaptive responses that take place in the lungs as the host responds to two major classes of parasitic organisms – parasitic nematodes and parasitic protozoa – and the role that lung macrophages play in the regulation of immunity in the pulmonary environment.

Hookworm is a parasitic nematode that infects over 1.2 billion people worldwide. This helminth parasite establishes long-term infections in the intestine where the adults attach to the epithelium and feed on blood. Heavy infection in children causes anemia, iron deficiency and decrements in physical, mental development and immune modulation. We used a mouse model of human hookworm (Nippostrongylus brasiliensis. Nb) to study the mechanisms through which this nematode induces changes in the regulation of the immune response that persists long after the parasite is cleared. This immune modulation is initiated by the innate responses to the larvae as they enter the lung to undergo an obligate developmental phase (the larvae subsequently crawl up the large airways and trachea and enter the GI track after they are swallowed). During the larvae’s short residence in the lungs (24-48 hours), it induces an intense, Th2 biased inflammatory response. Although the lungs quickly resolve the inflammation, the infection leaves a permanent immunological footprint on the pulmonary environment that influences the nature and intensity of responses to all subsequent challenges – such as challenges with allergens or viruses. Research focuses on the roles that resident lung macrophages and infiltrating monocytes play in the initiation of the innate response and the regulation of the adaptive response to parasite antigens. Specific points of interest are phenotypic changes in the resident lung macrophage population after Nb challenge, the dynamics and functional significance of infiltrating macrophages, the role of phenotypically altered lung macrophages in the regulation of innate and T cell-mediated immunity to subsequent pulmonary challenges. In a related project, we are studying STAT6-indepenent pathways for alternate activation in the lungs. Approaches include the use of transgenic and knock out strains of mice, adoptive transfer, selective cellular and cytokine depletion and transcriptomics.

Malaria (Plasmodium falciparum) kills over a million people each year. Pulmonary pathology during clinical malaria has been appreciated for more than 200 hundred years, yet our knowledge of its impact on mortality and morbidity remains limited. The lab studies malaria-induced innate and adaptive responses in the lungs with specific emphasis on resident and recruited lung macrophages and their roles in clearing the parasite from the pulmonary environment and regulating the degree of inflammation. Projects include defining the role of cytokines and chemokines (IL-10, IL-33, IL-27, CCL2) in regulating the pathogenesis of malaria in the lungs; defining the dynamics of lung macrophage activation and recruitment during malaria infection; defining the roles of the scavenger receptor CD36 plays in sequestration of malaria-infected red blood cells, in activation of lung macrophages and in controlling vascular permeability.