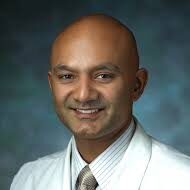 Research: My investigations have been on understanding the spread of viral infections in the liver. My training has been in liver biology and innate immunity. My lab has developed adapted quantitative tools (single-cell laser capture microdissection and droplet digital PCR) to study viral life cycles in single cells in the liver, optimizing sensitive measures of nucleic acids. Using these tools, we reported the first quantities of HCV RNA in single hepatocytes. We recently adapted our methods to the study of hepatitis B virus (HBV) in liver tissue by focusing on a sub-population of hepatocytes that contain cccDNA but appear to be transcriptionally silent. As we have done with HCV, our experiments have provided the first quantitations of cccDNA and pgRNA in single hepatocytes in humans, and reveal mechanisms underlying HBV transcription. My appointments in the Center for Viral Hepatitis Research and the Division of Infectious Diseases allow me to interact closely with virologists, immunologists, and pathologists, strengthening the overall approaches in this proposal. In addition, I collaborate with mathematicians at Los Alamos National Laboratories to develop theoretical models of liver biology based on single-cell analysis.

Quantification of viral hepatitis (HCV or HBV) in the liver has been fraught with challenges by conventional techniques. My lab has developed single-cell laser capture microdissection (scLCM) and qPCR and adapted droplet digital PCR (ddPCR) to map viral landscapes (viroscapes) of intrahepatic HCV and HBV from liver tissues obtained from patients with viral hepatitis. We used these tools to provide firm estimates of the burden of infection in the liver, and the effect(s) of antiviral treatment on clearance of infection from the liver. We have found evidence of the newly described Human Hepegivirus-1 in liver tissue.

In one line of investigation to understand immune dysregulation among PWH, we have focused on HIV-1 infection of the liver. We have learned that Kupffer cells (liver macrophages) are depleted in HIV-1 among persons with the most immunosuppression, and antiretroviral therapy (ART) leads to replenished Kupffer cell numbers. We found that although HIV-1 can be recovered from Kupffer cells, it is not replication competent. We have also learned that ART improved HCV sensitivity to interferon-based treatment, and decreases the HCV virologic setpoint.

We have characterized immunologic defects in people with HIV-1 (PWH) in several contexts, type 1 IFNs, sCD14 levels, CD4+ T cell activation, IL-18 levels, and CRP levels to poor outcomes, even among people who take antiretroviral therapy. Most recently, we have linked intracellular HIV-1 RNA levels with CD4+ T cell activation. We have also identified novel HIV-1 restriction factors in PLWH who were treated with pegylated-interferon.

Complete List of Published Work in My Bibliography:  https://www.ncbi.nlm.nih.gov/myncbi/1NEthRo_ourkB/bibliography/public/